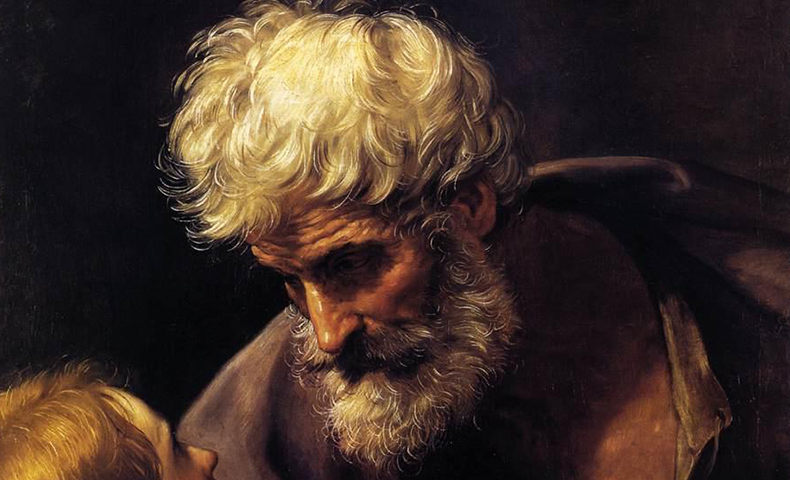 Daily there is conflict in his soul as he makes his way to work. He thinks about what he will earn from “under the table” deals and the kickbacks from his superiors for the excess taxes he will charge. He is a rich man in his town. And therein lies the conflict. He is hated by that same town because he is perceived to be an enemy, an agent of the state. But deeper still is the turmoil in his soul, He seems so far removed from his righteous Jewish upbringing, what he learned in Torah school and the hopes and prayers of his parents that he would become a rabbi.

Then one morning as he is sitting at the customs post, having already taken in almost a full day’s quota, he sees a man he has seen before in Capernaum. Just a few minutes before some of the passersby were excitingly talking about a paralytic who had just been healed. They were in wonder of the miracle, but what seemed to have caused more notice was that the man who they called Jesus had forgiven the sins of the bed-ridden man before he healed him. Imagine that! Who can forgive sins but God?

And just like that, Jesus is standing before him. Matthew feels his eyes boring deep into him, not in condemnation, although he certainly feels guilty. It seems this man is the very essence of all that is good and holy. And as Matthew wants to turn his head or look down to avoid his stare he hears surprising words: “Follow me.” In that moment, the path to more riches seems insignificant and the possibility of healing and hope for his future seizes him. He gets up from his post and follows Jesus.

Today is the feast day of St. Matthew, one of the twelve original disciples/apostles. Matthew is one of two known tax collectors that have a dramatic, life changing conversion upon meeting Jesus. The other is Zacchaeus. Why the big deal? Well, in the New Testament there were special categories of people who were known to be “honest to goodness” sinners, and probably unredeemable: tax collectors and prostitutes! Matthew, also known as Levi, was one of these.

Today St. Matthew is known as the Evangelist who wrote the Gospel that bears his name. His special focus in the Gospel is to convince his largely Jewish audience that Jesus is indeed the Messiah, the Holy One of God, who has fulfilled all the Old Testament prophecies to the Jewish people that God is now among them in the person of Jesus.

And that’s just in the first two chapters!

St. Matthew is known as the patron saint of accountants, actors, bankers, bookkeepers, tax collectors, and taxi drivers. But I have discovered that Matthew has become very important as an intercessor for a group of dear Christians who struggle with same-sex temptations and sins. Not because Matthew struggled with same-sex realities, but because he calls people who are surrounded by a dominant cultural narrative to step out of that narrative and humbly and steadily cling to Jesus and his power that calls all of us to his love and mercy.

I regularly pray this prayer for my brothers and sisters who seek to follow Jesus in this way: “O Glorious St. Matthew, in your Gospel you portray Jesus as the longed-for Messiah who fulfilled the Prophets of the Old Covenant and as the new Lawgiver who founded a Church of the New Covenant. Obtain for these the grace to see Jesus living in his Church and to follow his teachings in their lives on earth so that they may live forever with him in heaven. Amen.”

I am so thankful for faithful faith siblings like Daniel, Rosaria, Christopher, and Bill who have taught me so much about what it looks like to get up and follow Jesus. And not only that, but they do as Matthew did by setting a table and inviting others to encounter our loving Lord.

St. Matthew, pray for us!